The Mandala » The History of the Mandala
Add comments 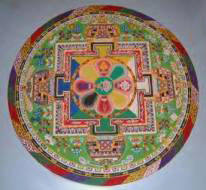 What is a Mandala?

A mandala (Sanskrit for “circle”) is a sacred, symbolic diagram, used as a meditational aid in Buddhism and Hinduism. Buddhist and Hindu mandalas often contain images of Buddhas, bodhisattvas (Sanskrit for “enlightened beings”) or deities. A traditional mandala is a “blueprint” of a temple of the gods, as well as of the entire universe. 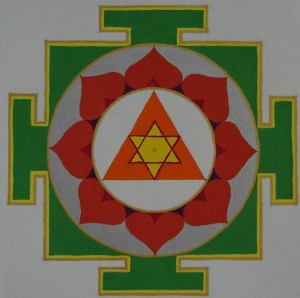 A yantra (Sanskrit for “instrument”) is a geometrical diagram which can represent a deity or divine figure. Called “instruments of worship” in Hinduism, yantras are meant to inspire inner visualizations, meditations, and experiences in the worshipper. While mandalas usually contain lettering or images of Buddhas or deities, yantras are mainly geometrical.

“Mandala” and “yantra” are sometimes used interchangeably. Many use the term “mandala” to refer to any circular image or sacred circle.

Why Create a Mandala?

Mandalas are most often used as meditational tools. In psychotherapy, mandalas can be used to help resolve problematic emotional states and gain insight into hidden problems. In Tibetan Buddhism, mandalas are often constructed with an intention of planetary healing and are used in peace ceremonies.

This ritual can be used: 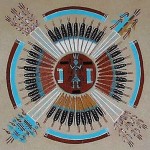 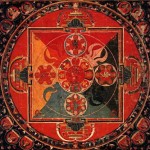